After the Inspiration Fades

“On the first day of the third month after the Israelites left Egypt—on that very day—they came to the Desert of Sinai.” — Exodus 19:1

This week, Jews around the world celebrate Shavuot, also known as The Festival of Weeks or Pentecost. Initially, Shavuot was a harvest festival, but since the destruction of the Temple in Jerusalem, we have celebrated it as the giving of the Torah, which occurred seven weeks, or 50 days after the Exodus. My devotions this week offer lessons that can be learned from this biblically mandated observance.

When my husband and I moved to Israel, it took some time to get used to our new surroundings. One night, we felt a little nostalgic and decided to escape to the movies. In the theatre, we almost forgot that we had moved halfway across the world. The comfortable seats, popcorn, and soda felt just like the good old American movie theatres that we grew up with. Except for one thing. Until just a few years ago, Israeli theatres had intermissions in the middle of every movie. Just when the story got good, we were left waiting for ten minutes to find out what happened next!

The Exodus story in the Bible feels like just that – like there is an intermission in the middle of the plot. The Israelites came out of Egypt, crossed through the Red Sea, and sang a joyous song. At that point, it would have made sense for the revelation of God’s Word at Mount Sinai to immediately follow. But, instead, there was a 49-day intermission.

After the Inspiration Fades

This week we celebrate the holiday of Shavuot, which marks the day that God gave the Bible to the world. Why did it happen 50 days after He took the Israelites out of Egypt?

The Exodus from Egypt was an inspiring, awesome experience of God for the Israelites, but that didn’t make them worthy of receiving the Torah. First, they needed to endure seven uninspiring weeks following God faithfully in the desert in order to take the inspiration of the Exodus and make it real. Only then were they ready to receive God.

Inspirational moments are powerful and motivational. However, what matters most is what happens after the inspiration fades. A wedding, no matter how beautiful, does not make a good marriage. Hard work and consistent caring does. Inspiration must be followed by perspiration in order to become real.

It takes time and effort to create a genuine and lasting relationship with God. Yet, the rewards are certainly worth the work, and best of all, the benefits are eternal. 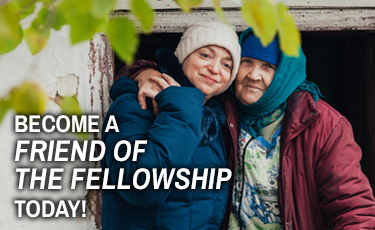